Eva explained the main aspects of her experience in the Development of NDSM as a cultural and artistic cluster, a starting point for the redevelopment of the old -and historical - industrial harbour site, north of the Ij.

A kind of trend existed already among artists and people, in need of a production space for their craft, to squat old warehouses, silos etc. From 1993 and on, the city of Amsterdam had a vision about redevelopping the waterfront. The old buildings were torn down and new fancy areas with high-tech buildings and upper class housings popped/pops up. This leads to a time of reflexion on how to (re)develop a city and renovate it. Opposition movements take action against the loss of great infrastructures, which are both images of a past history, identity to some people/users and good basis for functional renewal.

In that context, NDSM is the aiming place of several artists gathered under the name of Kinetisch Noord, for whom Eva stands as head representant. She explained all the ideas and principles they went trough when entering the competition for a 5 years occupation of the site - which turned out to a 10 years after a feasability plan.

Mainly it is about investing the users money and interests into the city and the project so that the return is more direct, the commitment and responsability are stronger, initiatives are facilitated. Thereby the project is "doable" with less means - cheaper for the state - and sustainable - based on an existing infrastructure. The lot is managed and organised by the collectivity, by the users, for the users. The city part is (re)built from what they have with their own means and money.

This method is not a planned one. It is the hard way of bottom-up, activated by the existence of a need and users willing to do something to answer their need. No fancy drawings or planning as the well known method top-down, used by planners and developpers.

Very inspiring conference...is all I have to add. 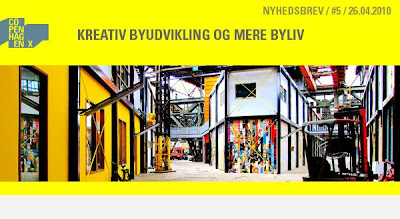